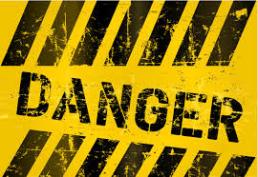 As I have noted previously, I am engaged in a two-year study program in contemplative practice, the ultimate aim for me being to find a satisfying balance between my hermit nature and my desire to contribute, especially regarding my sadness at how our species functions. Given the ineffective political responses to the multiple cultural traumas of recent times (terrorists, alt-right, hurricanes) and the worsening climate, I truly must wonder: Are we f–ked? (See the two good podcasts below.)

The big issue, the immediate one, is how we are responding to global warming. But this is only one component of the complex issues which need to be resolved. I recall a comment in Collapse: How Societies Choose To Fail Or Succeed (Diamond, 2005) in which the author was repeatedly being asked what is the single most important issue we need to resolve. His answer: All of them. Fundamentally all these issues interlink and represent the immaturity of our species, especially our simplistic approach to issues. One link below (Can emissions shrink . . .?) comments on this.

Frequently I don’t know what to do, and I fall back on continuing my own personal journey, given that if I do not support myself, I cannot support others. I have just this week started the study component of the program I’m doing, and will have more to say about it as the course develops. For now, amongst others, I simply reference two links I have found on the need for discipline (of which I am generally very disciplined). I do not know to what extent, if any, I will encounter any change in my outlook, but giving up is not a viable option for me. In any event, I expect that through my study program, I will deepen my sense of compassion and trust in the ultimate outcome.

Paul Kennedy, a highly respected Canadian broadcaster, speaks to the resistence to discussion of global warming. Gradually the conversation evolves. This particular conversation is not nice; it is however necessary. This link references Part One of a podcast as follows; Part Two aired on September 14th.

The program as aired.

Part Two of this program.

The absurdity of politics (Canadian this time), promising that we can have everything.

Another fascinating individual speaking to the insanity of our species.

In general, psychiatrists and other mental health issues do not comment on the mental health of those whom they have not directly examined, especially public figures. However, in The Dangerous Case Of Donald Trump (in publication), 27 leading individuals have chosen to do so, given that they have concluded that he presents a clear and present danger to society.

Long and detailed, this is an interesting study of the age of dysinformation. If accurate, it contributes in a major way to the difficulty of managing global warming. particularly how internectine conflict distracts from effective action.

An Introduction to the Spiritual Disciplines (20170904)

Two links that discuss the need for discipline, and its impacts.

An interesting model of an individual being highly disciplined, perhaps in too serious a fashion; I wonder to what extent he was playful. For me, playfulness is a major component of maturity.

In contrast, another spiritual discipline, one of great beauty.

Amazing use of technology by the Netherlands has allowed them to be the second largest exporter of food in the world, second only to the USA (the US having a land mass 270 times greater than the Netherlands!).