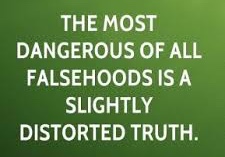 This post presents a number of the links I have recently encountered, articles I think are important in speaking truth to what I perceive. And as usual, I am hesitant to post them — it is so easy to be overloaded with too much information these days.

I find also that the climate conversations are evolving. I attended a webinar a few nights ago by Smart Politics (https://www.joinsmart.org/) — overall I was impressed. It is American, based mainly in California (I think), and presented a good process for engaging, followed by a good discussion — certainly I would recommend to anyone in the States. It is different from yet similar to the process I will be leading with the Suzuki Elders at the end of this month (Climate Change Conversations: How To Have Them Without Everyone Walking Out Of The Room, Vancouver, 20190228).

On the positive side —

An excellent summary of the power of speaking the truth, especially in the nature of climate disruption. As readers of this blog will know, I am an advocate of The Climate Mobilization; momentum for this organization and its partners is evolving.

The need for major overhaul of the political situation is being recognized. Perhaps it is the beginning of transformation of capitalism and neoliberalism. Perhaps. Will we do so in time to avert disaster?

On the other side —

When Europeans Colonized the Americas, They Killed So Many That the Earth’s Climate Cooled (20190203)

A fascinating interplay between colonialism and global warming. Sad.

As usual, things are worse than we thought.

Another way in which things are worse. We are so close to collapse. As noted above, will we create a new cultural process in time to make a difference?

Yet another. What else can I say?

Predominantly neutral (is anything neutral in this theme?) —

This series of articles on methane, the principle component of natural gas, speaks to the complexity of assessing data as well as the interpretation of data, some of which is almost certainly disinformation.