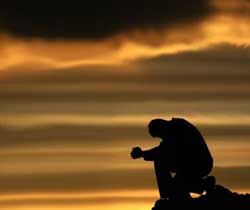 In this post I reflect on the sustainability of injustice, especially our inability to resolve the many issues that are destroying our species and our Gaian world. All of the links that follow represent our failure to come to terms with the consequences of global warming.

As I have previously suggested (especially in my book Acedia, The Darkness Within, and the darkness of Climate Change), I believe this is due to the huge cultural issue of acedia (especially our laziness and fearfulness) and the smaller issue of evil (especially the augmentation of our cultural self-righteousness). And I hate harping on the issues, part of my own acedia. Yet I am committed to raising awareness in whatever way I can.

A comment from Richard Rohr’s Daily Meditations of yesterday (20180412) is especially pertinent for me. His concern in this particular meditation is the issue of racial discrimination, but it applies the whole of our civilization, a civilization based on power dynamics. As usual, Richard formulates it in a Christian framework, yet I suggest the message is independent of culture.

[quoting from Holmes, Joy Unspeakable, 2017] One cannot help but wonder why the same battles for justice must be fought by every generation? Certainly, there were enough sacrifices, martyrs, and legislation during the ’60s to ensure justice for all. Yet . . . “we wrestle not against flesh and blood but against powers and principalities and the rulers of darkness in high places” [Ephesians 6:12]. The powers or systems do everything they can to resist change. In response to the demand for justice, systems morph and adjust while maintaining the status quo.

So public hangings end and the murders of unarmed black folk rise. Slavery ends, but the mass incarceration of minority populations increases. Jim Crow practices are no longer openly discriminatory; they reappear as educational and economic disparities, voter suppression, and aggressive police actions against people of color.

[Richard’s commentary] Power never surrenders without a fight. If your response to today’s meditation is to retort, “All lives matter!” I invite you to take a closer look at your own fears and biases. Of course, all lives matter! Yet until black and brown lives matter, no lives truly matter. Jesus spoke into specific lives, into particular circumstances of oppression, saying, “You, an outcast Samaritan woman, you matter. You, a leper rejected by society, you matter.”

Until we choose to have power over power and live into true justice, it is likely that our time on this planet is severely limited. We will move to extinction — the end-points indicated by Malthus[1] (starvation, plague, and war) are on the horizon.

Cape Town is the harbinger of what may happen to many modern cities, the issues being “related to climate change, population growth, waste and mismanagement. Depleted supply is only one result” (see also What You Need to Know About the World’s Water Wars)

The Great Pacific Garbage Patch is estimated to be sixteen times larger than previously assessed.

Can the Paris Agreement save us from a climate catastrophe? (201804)

An editorial in the prestigious medical journal The Lancet does not say much, but the title in itself is significant of questioning what we are doing as a culture.

As someone living in the British Columbia Lower Mainland, I am very aware of the duplicity of the Canadian government, especially in its support of the tar sands and the Kinder-Morgan expansion.

A good article on the nature of the Atlantic meridional overturning circulation (AMOC) and its possible implications.

Yet more warning of how serious the issues are!

3 thoughts on “The Sustainability Of Injustice”