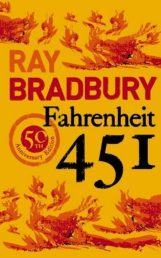 I have not been keeping count but it seems to me that there are more and more headlines about the Trump administration. Generally I do not pay much attention to the regular news — although in the past, the media has served important functions concerning ethical investigation of political issues, it seems to me that it has overall degenerated into aggravating the anxiety of society. That for me is a sad loss of perspective.

An interesting reflection on this is to be seen in the movie Truth (2015)[1] which I just watched, where (on Wikipedia) it is noted it is not “our job as filmmakers to draw a conclusion, but rather to pose the questions.”

The title is misleading; the article is actually a fairly good description of how human beings are overwhelmed by too much noise, unable to separate the signal from the background. If deliberate, it is a powerful tool to confuse.

Again, a misleading title. The title again does not do justice to the significance of this article — the divisiveness within the climate movement.

In our modern world, government standards as to the protection of the environment are definitely needed. This article pertains to Canada; I had not realized previously that “The Toronto Public Library collected more late-book fines in one year than the government [of Canada] has collected from fines imposed through the [currently existing] act in 20 years!”

Another consequence of global warming. Given I live in West Vancouver, I am able to look outside my apartment window and see the sun partially hidden by haze, the smoky residue of the humdreds of forest fires currently raging in British Columbia (apparently this is a comparatively low-count year in terms of numbers).

Another article of similar consequences. My objection to this article is that it does not place it in the context of the many warnings of the past few years, nor does it seem to acknowledge the possible tipping points that will emerge such that the actual numbers mentioned are only the “tip of the iceberg.” (To my knowledge, the concept of “tipping point” refers to the point at which an iceberg actually tips — when the lower portion, the hidden portion, melts faster than the visible portion above the surface of the water. Once an iceberg tips, it establishes a new equilibrium in a more stable fashion. As far as climate is concerned, this new tip point will be at a stable higher temperature.)